Bayswater Farm Field is the parcel of land north of the bridle path at the northern end of Sandhills. It was part of STRAT13, one of the strategic development sites in South Oxfordshire District Council’s (SODC) Local Plan 2035. The major part of STRAT13, now known as Bayswater Park, is situated to the west of Bayswater Road and north of Barton and Barton Park.

During the period of consultation on SODC’s LP 2035 between 2019-2021, the residents of Sandhills started a campaign to “Save Sandhills Green Belt“. This remains and important objective. 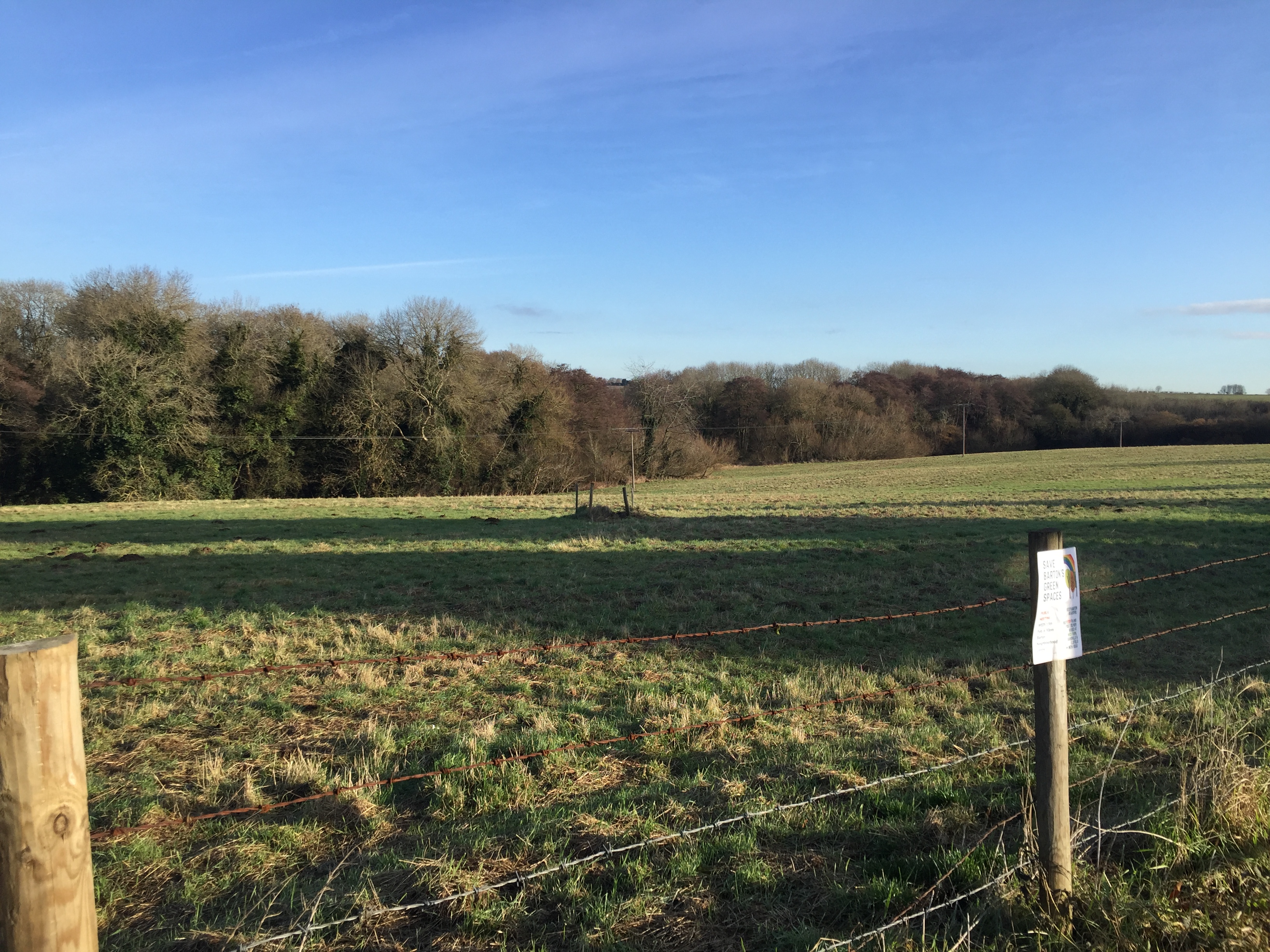 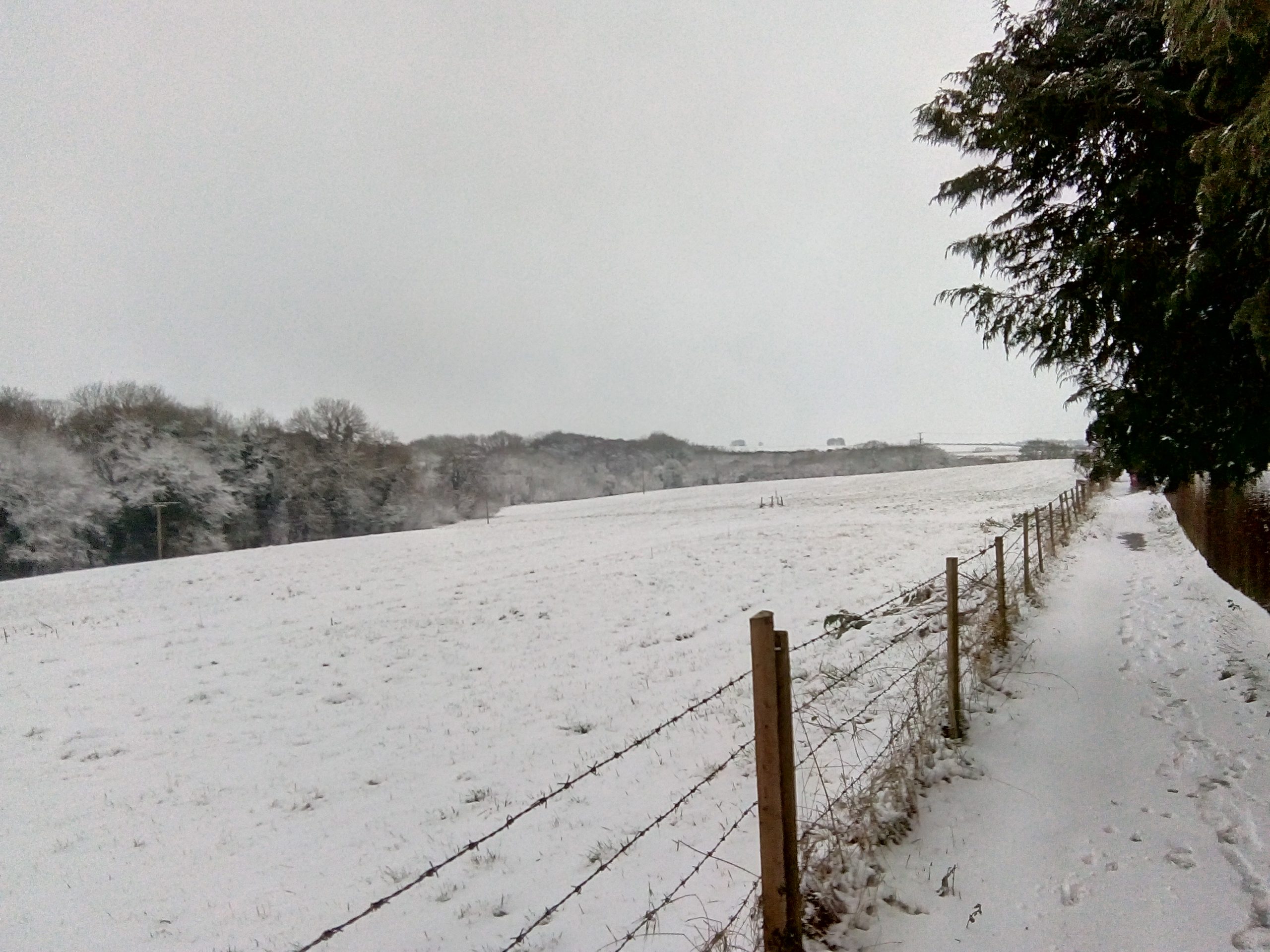 The ownership of Bayswater Farm Field changed on the 1st February : the land has been acquired by CILLDARA GROUP (HEADINGTON) LTD who according to Companies House buy and sell land. Lone Star Land, are the agents who will be progressing the development of the site in due course. Lone Star are suggesting a planning application will be submitted later in 2021.

A legal challenge to SODC and the Secretary of State for Housing, Communities and Local Government has been submitted to the High Court. See News items:  23 Jan Oxford Mail, 27 Jan BBC Oxford, 28 Jan The Guardian.

This case has been brought by local campaign group, Bioabundance Community Interest Company (CIC) which is working to restore nature and fight climate change. The CIC was set up by Cllr Sue Roberts – Chair , Ian Ashley – Treasurer, and Lisa Buchan of Elsfield as secretary.

The main grounds concern the unprecedented pressure put on councillors to adopt the local plan and technical errors in the way that housing requirements were calculated for the local plan. ( you will see some amazing quotes from councillors in the press release). If the high court rules in favour of Bioabundance, it could stop the council from destroying our Greenbelt and increasing carbon emissions through the construction of four times as many houses as the district actually needs.

Bioabundance needs to raise funds to cover legal costs. Donations can be made through Bioabundance.org.uk and Crowdjustice.com. Well over a hundred people have already contributed to Crowdjustice and shown that just £10-20 can go a long way.

As SODC so completely ignored the voice of local people, legal action is the only way to make the council and central government respect the rights of our elected representatives to shape a local plan that reflects the wishes of local people to say no to unjustified overdevelopment and unnecessary damage to our environment.

The Official Press Release about the case from the law firm Leigh Day and provides the Matters and Facts submitted to the court.

The public consultation on STRAT13 has started however it is only concerned with the development site to the west of Bayswater Road, NOT the site at Sandhills – Bayswater Farm Field. Camargue UK are fronting the process on behalf of Christ Church College and Dorchester Residential Management. A series of Enquiry by Design Events are taking place, the first one held on Wednesday 27th of January. A recording of the webinar event can be downloaded here (it is a very large file!) together with other presentation material.

The voting was 17 for, 7 against and 9 abstentions.

We now await the next stage: Master Planning (which should include consultation with local communities) and the submission of Planning Applications.

We will fight on. Oxfordshire County Council have stated that access through existing Sandhills’ roads is not appropriate, however we await submission of the Planning Application for Bayswater Farm Field to determine what is proposed.

The final Inspector’s Report on the Main Modifications to SODC’s Local Plan has now been released by the Inspector, Jonathan Bore. There has been little change: all 6 of the strategic sites within the Green Belt remain in the Plan including LnBB and Land north of Sandhills – Bayswater Farm Field.

Our campaigning received some recognition with an article  in the Oxford Mail including a picture of the some Sandhills’ children with their hand painted masks in front of the Save Our Sandhills Green Belt banner at the end of Burdell Avenue. Thanks to Anne-Marie Sweeney and others for making this happen.

The Emerging South Oxfordshire Local Plan: Proposed Main Modifications Consultation – The consultation period of 6 weeks closed at  midnight on Monday 2 November. We now await  the Inspector’s final report which SODC Council will then vote on sometime during December.

The responses to the Consultation are now available to view on the SODC web site.

The Main Modifications Consultation documents can be found on this SODC website page. The page details how you are able to respond.

There is no mention of Sandhills’ Bayswater Farm Field (BFF) in the Main Modification document, however the STRAT13 – Land North of Bayswater Brook, which includes BFF, is still in the Local Plan.

A Leaflet has been produced giving the latest background and giving advice on what action residents are requested to do – contact ALL councillors on SODC, Oxford City Council and Oxfordshire County Council.

In Summary: the Inspector has approved the release of most of the Green Belt around Oxford city for development. A Statement of Common Ground has been signed between SODC and the developers of BFF for building houses which could start as early as 2021. Oxfordshire County Council have opposed this development mainly due to access issues from Sandhills as outlined in Statement of Common Ground between SODC and Oxfordshire County Council however this is disputed by SODC.

SODC councillors are due to vote on the LP in December, however the motion will be to approve or reject it: there is no opportunity to amend parts of the LP.

The Examination in Public  of SODC’s Local Plan was completed on Friday 7 August at which the Inspector gave some initial conclusions: the main one being that he gave the go ahead for building in the Green Belt around Oxford. For the residents of Sandhills, the main issue will be the proposed extension of the “link” road between Marsh Lane and Bayswater Road, being extended behind Bayswater Brook and across the corner of Bayswater Farm Field to the A40 just beyond the “ransom” strip.  The Inspector’s detailed findings will be published in due course; in the meantime, the local parishes and interested groups are discussing what further action can be taken with respect to STRAT13.

The South Oxfordshire District Council Local Plan 2034 is now with the Government appointed Inspector (Jonathan Bore) who will undertake the Examination in Public during July. Those residents who made submissions to the LP last year in March have the opportunity to submit a Hearing Statement to make further comments on the LP. Statements have to be sent to the Inspector by 5pm on Friday 26 June. For the residents of Sandhills this is important as the developer of the field north of the estate has submitted a proposal for housing on this site to be treated separately from STRAT13 – Land North of Bayswater Brook.

Further details and information on the latest documents submitted by SODC to the Inspector can be found on the SODC website.

For more detailed and up to date information, visit this Headington News page

The Oxford City Local Plan 2036 was approved at a Council Meeting on the 8th June. For Risinghurst and Sandhills the development of the old Nielsen’s Site is of particular interest: as the refurbishment of the office building to 134 1- and 2- bedroom flats nears completion, Phase 2 will be the development of the land between the rear of the building and the Playing Field. We await to see what is proposed, but the LP specifies an additional 400 dwellings.

SODC Councillors Visit to LNBB: On Saturday 27 July 2019, Sue Cooper (Leader of SODC) and Sarah Gray (SODC Councillor for Forest Hill & Holton) visited LNBB. Walking from Barton Community Centre, along Bayswater Road north to the footpath which runs west to the Sydlings Copse-Barton footpath, with residents from Barton, Elsfield and Sandhills, they were able to see for themselves the extent of the proposed development within the Green Belt and its proximity to Barton itself and the SSSI at Sydlings Copse. The 2 councillors then visited Sandhills. It was a most useful visit to both locations and we thank them for their time.

Sue Cooper stated that SODC won’t be making any serious decisions on LP2034 until September and much will depend on the inspectors and their final decision on the numbers put forward by the City Council for Oxford’s unmet housing need; she repeated several times that this (Oxford’s unmet housing need) is the key determinant of what will or won’t be up for grabs in the Green Belt strategic allocations around the city. (30 Jul-19) See News Archive for previous reports on this topic.

SODC Local Plan 2034 – Meeting 18 July Outcome: The SODC Cabinet had a somewhat confusing proposal to put to the meeting which was not Option 4 (to withdraw the plan and start the whole plan-making process from the beginning); instead they voted for an amended version of Option 3  which is understood to be –  to withdraw the plan temporarily, consult in September with the County Council and Inspectors,  revise it, and then resubmit the revised plan following an additional public consultation.

Residents of Barton, Sandhills and Elsfield have invited SODC councillors to come and visit our area in the Green Belt – LNBB as soon as possible before they re-submit the plan. It is proposed this will happen on Saturday 27th July, however we will let you know the details if this takes place in due course! (22 Jul-19).

SODC Local Plan 2034 – Update!: With the change of councillors in SODC after the recent local elections, the new Lib-Dem and Green leaders of SODC are reviewing the Local Plan 2034. On Thursday 18 July there will be a full meeting of the Council to pass a resolution about changes to it. See http://www.southoxon.gov.uk/news/2019/2019-06/south-oxfordshire-councillors-consider-local-plan-options.

Sandhills residents have been emailed to request them to write to SODC local councillors prior to 18th July to encourage them to vote for Options 3 or 4. For those persons wanting to respond and not on our email list, see email and supporting documents: Notes and Inspectors’ report on OCC Local Plan 2036. The more residents who respond the better! (23 Jun-19).

Planning Application Update (19 May 2019) : You will have noted that the application below did not include the Bayswater Farm Field – it has transpired that the field is not owned by Christ Church but still remains in the ownership of the Buswell Partnership. In addition, with the recent local elections, South Oxfordshire District Council has changed leadership to Sue Cooper (Lib Dems) so we need to wait to see if there will be any changes to the Local Plan 2034 which might affect building on LNBB.

Planning Application: On 3rd April Christ Church and Dorchester Residential Management submitted a planning application to build 1,100 homes on land north of Bayswater Brook (LNBB). This follows the publication of South Oxfordshire District Council’s Local Plan 2034 in which a number of different locations in Oxfordshire were identified as possible sites for new builds. The residents of Sandhills sent several hundred Representation Forms in response to the proposal for building on LNBB. A public petition has now been started to request Christ Church to withdraw this planning application – the petition can be found here.