This page contains tributes and information about Peter: our beloved Groundsman for the past 11 years who died recently.

A Thank You from Peter’s Family

Thank you for your amazing tributes to our Dad, the late and much missed Peter Jacques.

The whole family are so touched by the many kind messages, cards and heartfelt tributes since the very sad and untimely loss of Peter.  He had so many friends, neighbours and people who simply passed the time of day with him, that all took their time to mark his passing.  The Little Red Tractor poem written by Dad’s friend and neighbour Colin summed Peter up so beautifully.  He loved being a part of this community and would have been so touched to be remembered in the many ways that he has been.

Our particular thanks go to Bev (Parish Clerk) for her kindness, to David and all the Parish Council for their support and the time and effort that went in to sharing the sad news and circulating and posting all of the lovely tributes and messages that followed.

Also, to the sports teams.  The footballers, holding the Minute’s Silence tributes were a very special acknowledgement, appreciated by us all.  Huge thanks go to Lucky and everyone who played in and supported the memorial cricket match, managing to raise an incredibly generous amount for Dad’s beloved RSPB.

We just can’t name everyone but please know that Peter had a place in his heart for all of you. Your kindness has brought us so much comfort and hope you will accept these few words as our personal thank you to you all.  From the Jacques and the Wharton families 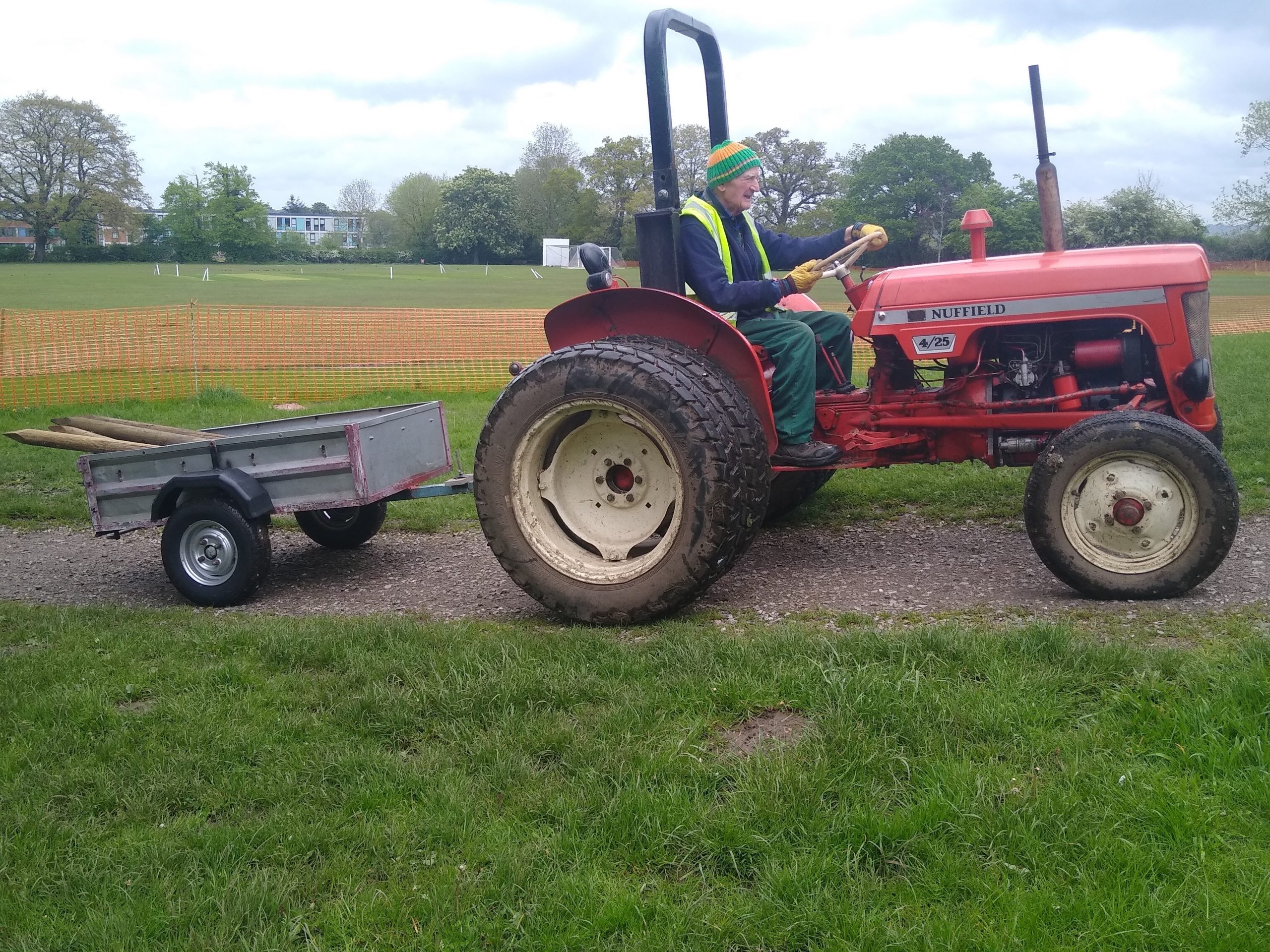 It is with great sadness we heard the news of Peter’s death on Maundy Thursday last week after a brief period in hospital and stay at his daughter’s home. We send our heartfelt and deepest sympathy to all his family.

All residents of Risinghurst and Sandhills that used the playing field will have likely seen and talked to Peter over the decade that he, as groundsman, looked after and maintained the field for the football and cricket teams. He always had time to pass the time of day with residents in his kind and always cheerful manner. He was never happier than driving the 1950’s Nuffield tractor or mowing the outfield with the sit-on mower. Indeed, due to his love of cricket, he devoted many hours ensuring that the outfield and cricket pitch was one of the best in the county despite the clay sub-surface and drainage issues, and the heavy usage of the grounds by the football teams. He would frequently enjoy watching Risinghurst Cricket Club teams play on sunny weekends, in the knowledge that the trueness of the run of the ball was due to his hard work.

For those of us who had the privilege to work with Peter as volunteers, we would marvel at his ingenuity to solve problems, very little was beyond his skill to complete and sort out. His domain, the two garages and lock-up, always seemed to be in some disorder but Peter knew exactly where he could find the particular tool required. He approached every task, large or small, with enthusiasm and commitment, he would delegate only when he was sure that the person in question was capable of “doing the job”. Peter was a true gentle man, he was always ready to help if called upon or knew that someone needed help, he was never too busy although he was always busy.

Peter will be sorely missed by us all, not only as a neighbour and friend, but as the groundsman that kept the Risinghurst Playing Field and surrounds in superb condition and order – it will be up to many of us to maintain this high standard for the future. 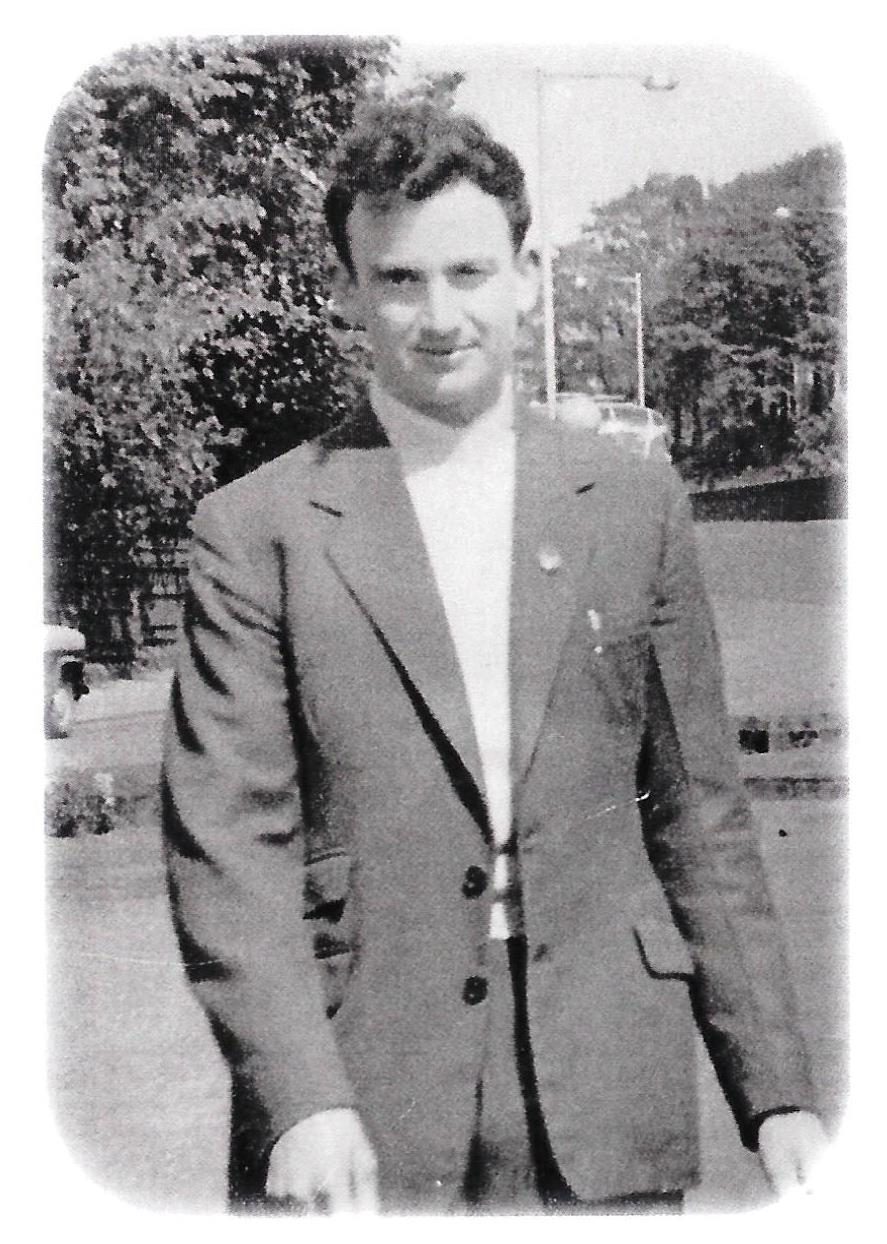 Eulogy given at Peter’s Funeral on 4th May 2022 at Trinity Church, Abingdon by his son, Philip Jacques

Thank you all for coming today to share this celebration of Dad, Peter’s life.  This will be hard.  It is too huge a task to cover everything my dad achieved in his very full life, but I’ll have a go.

Born in Edinburgh on 12th of December 1936, he was the middle child of Frank, a mechanic chauffer, and Eva a house keeper.  Younger brother to John and older brother to Stanley, who sadly passed away at a young age.  Dad spent most of his youth in Langolme, a magical place to us, as many of Dad’s favourite stories come from here.  He grew up during the war on a farm, and his many escapades with his brother Johnny have become legendary, ice cream from Pellosseys, tin baths sailing around ponds, hiding from the Germans and the equally terrifying evacuees from Glasgow and galloping up Kirk Wynde on his horse, Snowshine.

National Service saw dad sent with the RAF to Cyprus, where he saw active service during the emergency.  It was during this time while visiting the Isle of Man on leave that he met and fell in love with my mum, Anne Brenda.  Their marriage was quite an affair, they made a beautiful couple.  Dad was introduced to the Harrison family, (Mum being the youngest of 14 children it probably took a while), into which he was welcomed with open arms and has always been cherished.

My sister Sue was the first to be born in Preston, then Tony soon after in Wallingford, followed later by Zoe in Oxford and finally myself, Philip, bringing up the rear.  In Preston Dad worked in the atomic energy authority, moving to Harwell, then Oxford University working in the Dyson Perrin Lab.  He then spent 30 years at Cowley in the peak, decline and comeback of the British car industry. During his working life, dad became a true artisan and could turn his hand to anything.. He was part of a cooperative where he built own house, in fact a whole street, Byron Close, which was where we all grew up. Here our days were spent in swimming pools of plastic and planks, welding up Minis, rolling down the grassy bank being chased by a dog, having platform shoes wars Sue  1 Dad 0, football pools dreams, discos and community bbqs.

Sadly mum passed away there. Leaving us all bereft.

Dad held everything together and we began to welcome new members to our family and he became grandpa, a role which he took to with dedication and love.

Love blossomed again when Dad met Barbara.  They moved to a beautiful Oxfordshire village called Beckley where they married, and our family grew to include Alex, Andy and Simon.  During this time they had many adventures together, sailing the Caribbean, crewing on a tall ship, travelling in Spain and to Japan to meet my brother and his wife Akemi in Tokyo.   In Beckley dad became an RSPB warden, maintaining the pumps on the wetland, which he was passionate about.  Together they then moved once more to Risinghurst, ostensibly to slow down slightly. A common love of rambling and the outdoors led to them buy a second house in Allonby, in the Lake District.  Many happy hours were spent between Oxford with the grandchildren and family and long walks in the lakes.  Peter was committed to protecting and preserving the environment and a fair and caring society. He was a committed Labour activist in his later years, leafletting with Barbara, twice attending conference and countless protest marches.

At about this time, a new love came into dad’s life a red 1950’s Nuffield tractor.  For about 10 years right  up until his death, he was employed by the parish council as a groundsman for the extensive parkland behind his new home.  There he could do what he loved; keeping busy, digging ditches, laying paths, building play equipment, maintaining the woodland with Hamish, and rebuilding the tractor.  Those were the things dad enjoyed the most tinkering with motors and helping people.

Not however an overly serious man, he was always ready for a pint, a weekend away with the lads to Berlin, graduation ceremonies, Burns suppers, setting up fetes, football PA’s, rugby tournaments, sports days, barn dances, trips to the opera, theatre, cinema, art galleries and museums.  In dad’s words – it’s hard work having all this fun!

There were some hard knocks and some magical times during dad’s life.  He was a rock and a friend, he always wanted to get involved to make life better for people, willing to help in any way he could. 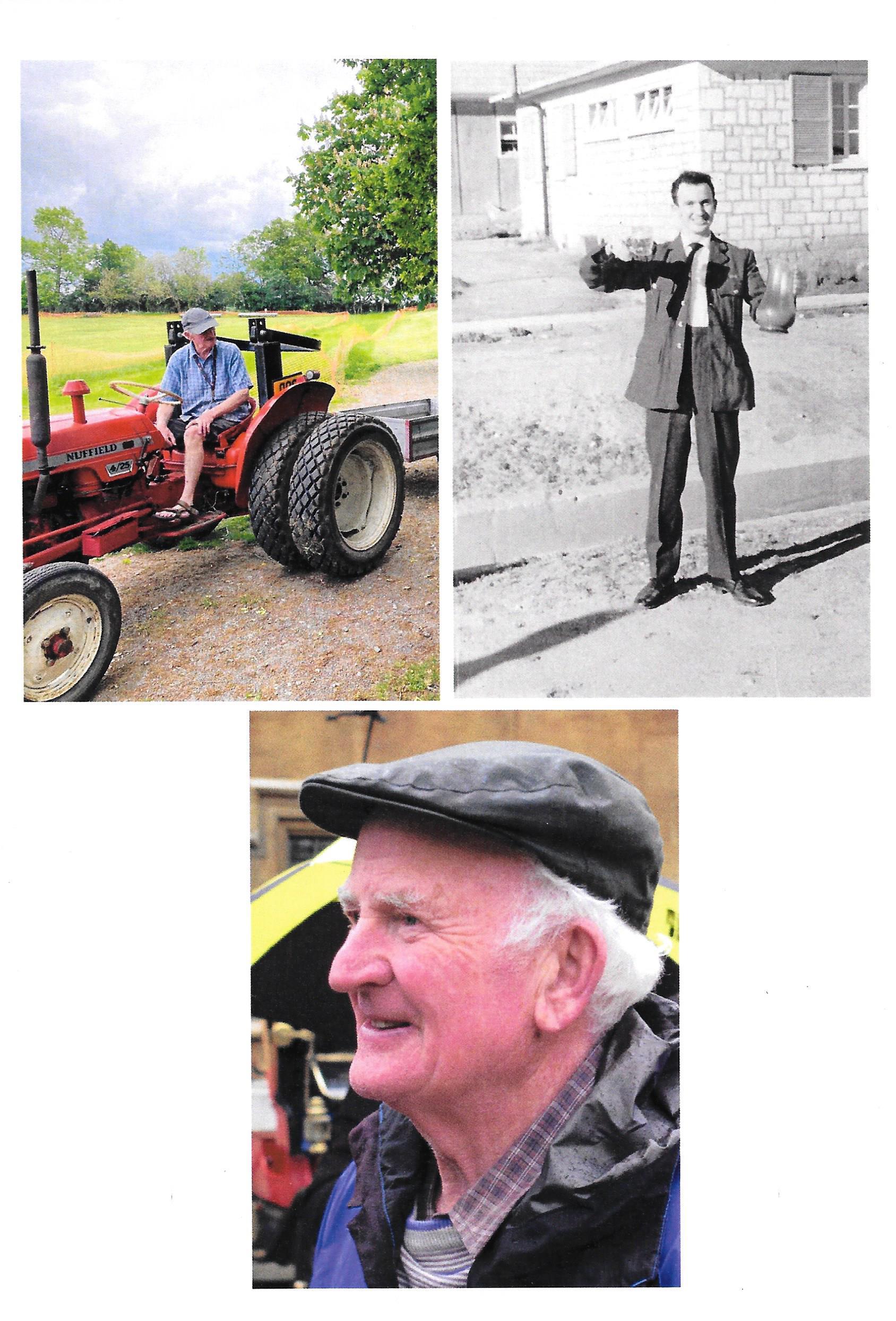